In a rush to preserve its colonial past and Flagler-funded grandeur, the city of St. Augustine has notoriously neglected whole swaths of its more recent history. Nowhere is that more evident than in the 15,000-square-foot ice plant building on Riberia Street. A stately concrete structure built between 1905 and 1926, after a half-century in business, the ice plant went from being a critical part of St. Augustine’s infrastructure to a disused afterthought on the western edge of an already-neglected neighborhood.

So it goes in The Ancient City, where it’s easy to take an illustrious past for granted. The 342-year-old Castillo de San Marcos? Nice place for a picnic. Tolomato Cemetery, which holds the remains of the first Minorcans in the New World and a leader of the 1791 Haitian slave uprising? Ooh, look at the Love Tree! Even the Ponce de Leon Hotel, once the finest winter resort ever constructed on the East Coast, is today best known as a home to Flagler College’s freshmen.

But while other Florida towns boomed in the late 19th and early 20th centuries, St. Augustine maintained. Its lackadaisical pace of life — bemoaned in the 1880s by Henry Flagler and still a source of existential handwringing among residents today — allowed much of its history to be preserved. Flagler was the first to see tourist potential here, but it wasn’t until after World War II, when America’s booming economy and global exceptionalism kindled a nostalgic longing for simpler times, that St. Augustine was first marketed as the “Oldest City.”

Of course, the city’s complicated, multicultural roots — and the fierce civil rights battles fought downtown in the early 1960s — didn’t help St. Augustine leap to the top of the tourism pile. The Castillo de San Marcos wasn’t even listed as a National Monument until 1966, one year after the quadricentennial.

Such a roundabout history lesson helps to explain why it took so long for the ice plant to turn into a viable business venture. What it required was a leap of faith on the part of McDaniel, Diaz, Dettra and McLemore that craft distilling, a small but growing offshoot of the booming craft brewery business, could take hold in this dive bar-and-cover band paradise. Artisanal, locally sourced spirits were huge in hipster havens like Denver, Portland, Seattle and Brooklyn, where the group visited distilleries, attended conferences and sampled spirits. But translating that to the relatively small market of St. Augustine would prove difficult — even if its salty and humid climate was actually ideal for the aging and distilling process.

“We’ve been programmed to take whiskey, add coke, and if you really want to go over the top, squeeze a little lime on top,” McDaniel says. “People think that’s a great drink. Well, that worked up until about five years ago. We recognized that the craft cocktail thing was happening all over the country — and that it could happen here, too.”

The group entertained a few buildings around town, but the former ice plant, which hadn’t been much of anything since being decommissioned and sold in the 1950s, was always their first choice. Its roots in manufacturing, its legacy as a contributing building to Lincolnville’s place on the National Register of Historic Places, and the challenge it presented — pink paint, modern carpet, acoustic ceiling tiles, vintage equipment either disassembled or entirely covered up — were all too appealing to ignore.

“Preserving the character of the building while enhancing it to fit into the neighborhood felt like the right thing to do,” McDaniel says. “We just had to crack the code and figure out the magic of the project.” 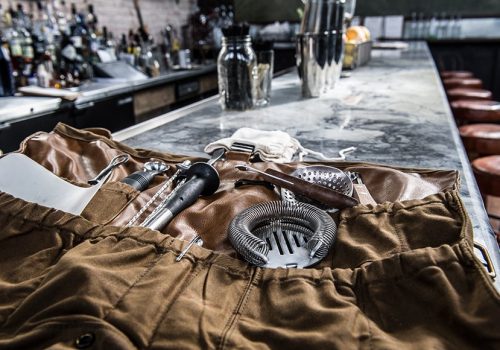 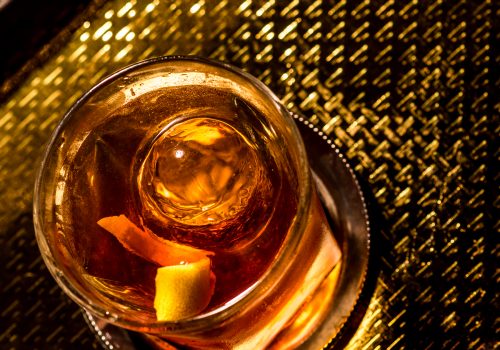 Local Palate – “The Tempest” Is A Cool Concoction 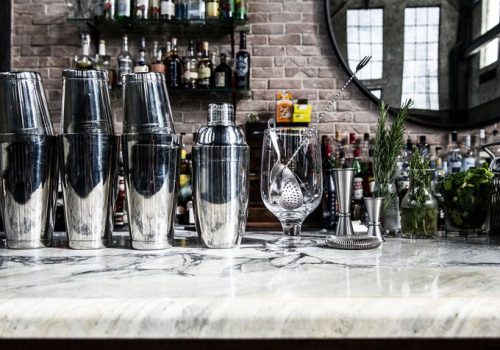 USA Today – Escape from Orlando: Day trips worth the drive